Stephen Pepper, "The Work of Art"
&
​Edward Bullough, “‘Psychical Distance’ as a Factor in Art
​& as an Aesthetic Principle”

​Stephen Pepper’s The Work of Art (in Ross’ A&S, pp. 326-330) and Edward Bullough’s “‘Psychical Distance’ as a Factor in Art and as an Aesthetic Principle” (in Ross’ A&S, pp.457-467) will be read in tandem by the Thematic Link:  Near or Far?  Consummatory Principle & Psychical Distance.  Before considering their works in themselves and together, their linkage prompts a consideration of “embodiment.”

Both Pepper and Bullough explore embodied relations as central to considering art experience and judgment (evaluation, critique).
What is “Embodiment” …?:
Embodiment can, perhaps surprisingly, be a very controversial philosophical topic.  Consider some of the following situations/issues to work towards an idea of what we do mean by embodiment:

Stephen Pepper’s The Work of Art:

Stephen Pepper’s The Work of Art,
Pepper’s “consummatory principle,” akin to an appetitive drive, grounds both how we experience art and judge it (do art criticism)—hence art’s ‘experiencing and judging’ is as ‘appetites consuming.’

He opens with the example asking you to imagine entering an art gallery--what do you do?: when a work catches your eye, you do not remain far away, but are driven to get closer to it, to find the best position from which to 'consume it' ...
... because, "in a consummatory field of activity a person is drawn to the optimum condition of consummatory response with respect to the object ..." and such, too, is the case with art (326).  This is "the consummatory principle. ... the tendency to make the most of the consummatory field" (326).

The Consummatory Principle: ​It operates in two stages:​
The structure of the consummatory field dictates one's movements within that field in the pursuit and maximization of satisfaction.  One does not know the right or wrong moves until they are tried out.  One must literally move one's body around in the space, although this space is also dispositionally determined.

The point of all this?  Well, at least one of them:  "the object of criticism is the terminal area of the optimum receptivity for the vehicle of a work of art" (328).


Pepper's Example: Breughel's "Winter"
Given the lack of noting 'the Elder' or 'the Younger' and the number of winter landscapes between them, it is a little unclear which exactly Pepper has in mind ... but here are a selection: 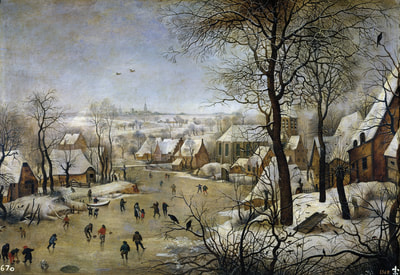 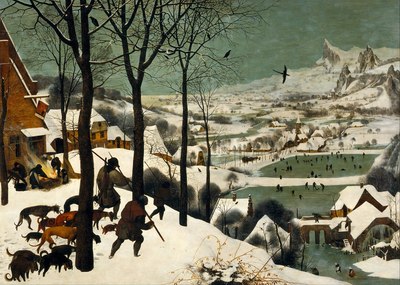 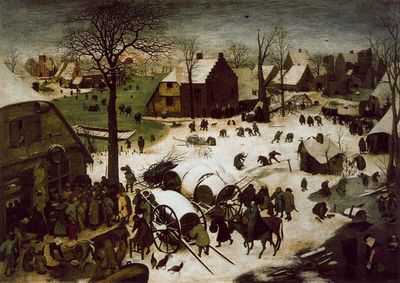 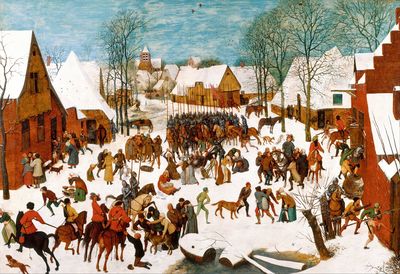 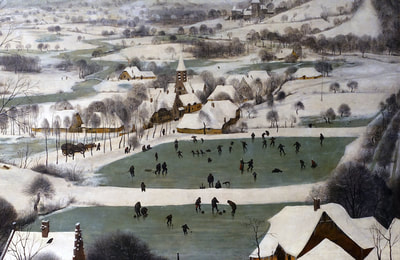 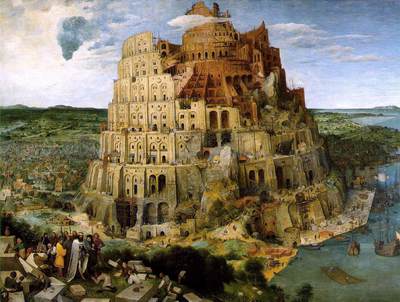 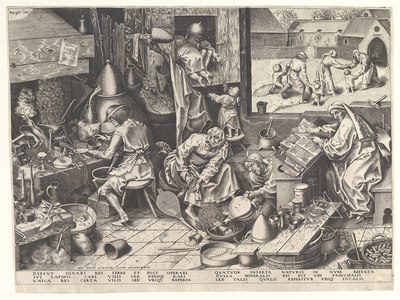 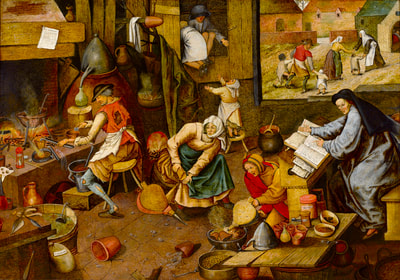 (See ~HERE~ for the Tashen book on Brueghel & ~HERE~ for a video on his Hunters in the Snow & ~HERE~ for a video on Brueghel's winter landscapes)
Using Brueghel's "Winter," Pepper emphasizes that the activity of engaging the work is based on bodily and dispositionally trial and error; he is illustrating that the object of criticism is the best point of appreciation for whatever the work is specifically engaged (e.g., with the painting, it is the point and view wherein one 'connects' most with the key characters in the work):
"When a critic states that Brueghel's Winter is beautiful, he is accordingly referring to a consummatory field and the operation of a selective system within that field.  He is referring to an area of optimum receptivity and to the content of response obtainable in that area.  He may describe this content of the relevant characters of the fully appreciated picture in great detail.  These characters will include the emotions and feelings as well as colors, lines, and representational meanings.  He is asserting in declarative terms that this is the response a person will get if he maximizes the relevant satisfactions in this consummatory area" (329).

"The critic is like the helpful guide ..." (329)--that is, the critic doesn't command you to agree with her judgment, nor command you to, e.g., climb up to the ledge to see the waterfall, but is telling you a FACT about the consummatory field and if one fully engages it, the satisfaction that will be yielded.

There are many more questions, Pepper asserts, that must be addressed in the story of responsible art criticism, but these points about the consummatory principle form criticism's basis.  And this basis is declarative--it is a series of descriptions that are fact that can be judged true or false--and if followed, will yield what they say.

"The things you see, the rustle, crackling, and tones you hearken to, the roughness and the sleekness you touch are not just pieces of a puzzle you have to understand.  In fact there are no intelligible concepts that grasp the languorous liquidity of the water in the bath, the tang of lemonade, the velvety green of springtime, the foolishness of a kitten rolling a ball in the sidewalk and tumbling over itself"

Edward Bullough’s “‘Psychical Distance’ as a Factor in Art and as an Aesthetic Principle:"

Edward Bullough’s “‘Psychical Distance’ as a Factor in Art and as an Aesthetic Principle,”

Distance we are focusing on here: Psychical Distance.  Psychical distance is distance in general aesthetically considered but not so specifically as to be the specialized types noted above.

Imagine fog at sea.  The experience is unpleasant: you cannot see clearly, it may delay your travel, but more importantly, it may generate anxiety, fears of what is unseen, of not being able to see well, the sense of possibility missing signals, it is silent and gentle, listless, but stresses you, your eyes, ears, alights your worry; the experience wears your nerves, the anxiety expands into a more global, ideal ‘dread of the sea’.

Now, abstract yourself from imaginatively embodying the experience of the fog at sea.  Abstract yourself from fears of imminent danger and practical unpleasantness.  Direct your attention to everything “objectively” constituting the phenomenon: the fog as a occluding milky veil; outlines of things blurred into monstrous shapes; how the air moves and makes you feel as if you could touch a distant reverberation of a fog horn; the smooth texture of the water around you; the strangeness of this world, the solitude and remoteness it creates, distancing you from the world.  –this abstraction and redirection of your attention shows “the experience may acquire, in its uncanny mingling of repose and terror, a flavour of such concentrated poignancy and delight as to contrast sharply with the blind and distempered anxiety of its other aspects” (p.459).
​
Psychical Distance is the standing-out-side-of-your-self happening that permits the radical transformation of experience that permits a radical new illumination.  Bullough explains—with the necessary use of scare quotes to alert us to proceed cautiously—that this is imposing an “objective” eye to what the experience gives and affects, so much that even our “subjective” responses to the happening are viewed as “objective” as if all this belonged to the phenomenon happening.  We distance ourselves from it and ourselves so to view from outside the whole phenomenological happening as happening, not with and as to us: just simply happening.  As mere-happening, its presentation is wholly, radically transformed.

Positive and Negative Aspects to Psychical Distance:  This distance is complex; it has positive and negative dimensions.  The negative is to be read as “inhibiting” (i.e., not just ‘bad’); the positive is to be read as “elaborating” (i.e., not just ‘good’).  So, the negative is the inhibiting, the cutting out, the abstraction of the immediate, practical aspects of things and the immediate, practical attitude we have to them.  The positive side is the elaboration that can now fill in the space the negative created, what is filled in here is the description of the transformed experiencing.

When Bullough speaks of the ‘impersonal’ and ‘objective’ dimensions Psychical Distance permits, he is speaking of the unique and fundamental aesthetic principle of distance and unique relationship between the spectator and artwork.  Thus:

1. (pp.461-62):
The peculiarity here is a sort of filtering.  For example: drama …
This is the seeming paradox of Psychical Distance: it gives us the appearance of unreality … it changes our relation to drama so to give them their seeming unreality or fictitiousness (and not the inverse: it is not fictitiousness that seemingly alters our relations to them).

Thus … there are two sets of conditions affecting Distance:
–Those Offered by the Object
–Those Realized by the Subject

Further … There are two ways of losing Distance:
In theory, there is no limit to the decrease of distance; in practice, there is, but it is impossible to fix exactly what it is.

Near & Far: Both Pepper and Bullough tie art experience and judgment to nearness and farness, with the former emphasizing the coming-near and the latter the keeping-far.  Their approaches (emphasizing exactly the idea of approach) are simple and radical at once: of course the human body in spatio-temporal positioning and human mind in reflective-attentive-anticipatory relation to art fundamentally impacts experience and evaluation … but these are also insights that many try so hard to suspend in or abstract from art experience and evaluation in order to try to get to something essential, objective, universal, true, reliable, knowable, etc. about art.  What do you think are the best points (in the thinkers and your own) for and against including and excluding embodiment (near-far as mind/body-art relation) in aesthetics?

Consummation & Pleasant: Pepper’s “consummatory principle,” akin to an appetitive drive, grounds both how we experience art and judge it (do art criticism)—hence art’s ‘experiencing and judging’ is as ‘appetites consuming.’  This sounds like Kant’s judgment of the “pleasant”—hence, more akin to our regard of sandwiches and cakes, scary movies on Halloween and fluffy comedies after bad days.  How does the consummatory principle identify with and differ from our judgment of the pleasant?  Since Pepper believes his theory is not a radically personal relativism (in which every experience and critique would be valid only for the one doing it), what structure or guide does he give it to keep it from this, and do you think he succeeds?

Distance &/vs. Disinterest: Bullough’s idea of “psychical distance” can be read as a revision or refinement of Kant’s idea of “disinterest” as a requirement for true aesthetic judgments.  (a) Identify several key factors that explain Bullough’s distance, (b) argue how they do or do not differentiate it from Kant’s disinterest, (c) then personally evaluate the idea of “psychical distance” as “the much needed criterion of the beautiful” (460, emphasis mine).

Objective/Subjective: We struggled in Kant to come to terms with his declaration of aesthetic judgment as subjective and universal.  Part of that struggle to evaluate it required us to better understand what those characteristics meant.  Bullough deals with the same difficulty of loose and specific meanings of objective and subjective.  Since there are differences and similarities, elaborate what these ideas mean and how they play roles in the aesthetic theories of both thinkers, and conclude with your own thoughts whether one thinker’s ideas can help us think of the other’s ideas.