Kasimir Malevich (1879, Kyiv – 1935, Leningrad) His early work embraced elements and worked in styles of impressionism, symbolism, fauvism, and cubism; all culminated in his development of Suprematism (its manifesto written around 1915).  With the October Revolution in 1917 and support from Trotskyites, Malevich was promoted to prominent teaching posts and given a number of solo exhibitions; but, by the 1930’s rise of Stalin, he was fired from his posts, his works were banned, he was imprisoned for two months in 1930, and forced, in the last five years of his life to paint only in a representational style. 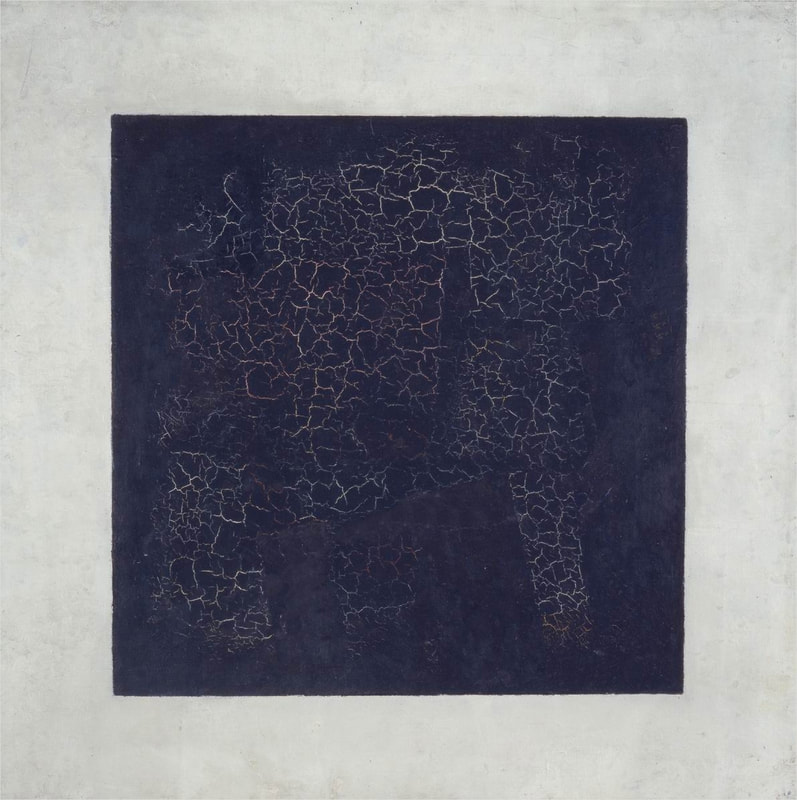 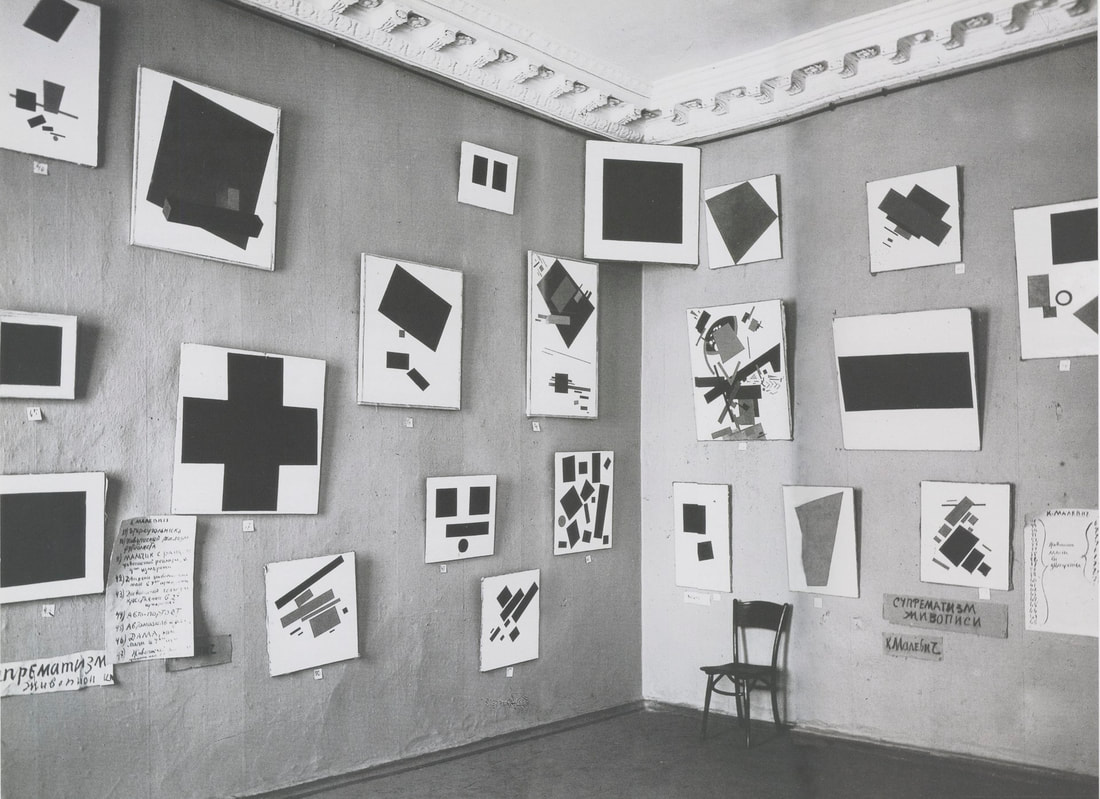